Use Of Sarsaparilla In Herbal Medicines 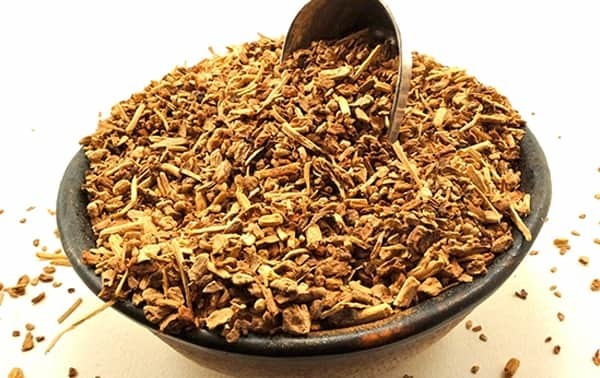 Sarsaparilla is a tropical species of plant that originates from the rainforests of Central and South America. The sarsaparilla plant is of the Smilax genus, and is also found in the Caribbean, and temperate regions of Australia and Asia. There are over 200 species in all.

The plant itself is a perennial climbing vine with oval-shaped leaves and small green flowers that grows to around 5 metres in height.

What is Sarsaparilla Used In?

The root of the plant is used in a variety of products, but primarily as a flavour for drinks and in medicines. Sarsaparilla is one of the original ingredients in root beer, the classic American and Caribbean soft drink. Today, root beer uses artificial flavours and other ingredients to replicate the taste.

Sarsaparilla has a bitter taste similar to liquorice, with other sweet notes like vanilla and caramel.

What Are the Constituents of Sarsaparilla?

Being a native plant to Central and South America, the ancient civilizations of the Maya, Aztec and Inca used sarsaparilla root to treat skin conditions like eczema and psoriasis. In Cambodia, traditional khmer healers use varieties of sarsaparilla to treat liver disease.2

The Smilax glabra, another species of sarsaparilla which is a well-known Chinese medicine to treat sexually transmitted infections, eczema, tuberculosis and a host of other ailments.3

The sarsaparilla plant was first brought to Western Society in 1563 as a cure for syphilis, thanks to its reported efficacy in the Caribbean. However, the claims of sarsaparilla’s medicinal uses were clearly exaggerated, and the plant’s use gradually declined.

The Benefits of Sarsaparilla

Several studies have been conducted to discover whether using the sarsaparilla root is effective for treating particular medical conditions. Whilst more clinical research is needed to definitively prove that sarsaparilla is good for you, we list the benefits that sarsaparilla herbal supplements have been shown to provide through studies.

Ancient civilizations using sarsaparilla to treat skin conditions like psoriasis with sarsaparilla roots may have been justified: research has shown that the flavonoid astilbin, which is a major active component in Sarsaparilla, is effective at alleviating psoriasis-like skin conditions.4

Several medical findings have shown that the steroidal saponins in Sarsaparilla bind to toxins in the gut, lowering the absorption into the bloodstream. This may explain why sarsaparilla has been shown to reduce conditions such as arthritic inflammation.5

One chinese study using Smilax china found the herb to be equivalent to aspirin as an anti-inflammatory treatment.6

Several studies have shown that the flavonoids from Sarsaparilla has the ability to prevent damage to the liver. The same study also showed that Sarsaparilla had antioxidant properties, which is known combat against harmful substances in the liver.7,8

How To Take & Use Sarsaparilla

You can purchase dried sarsaparilla roots in specialist health food stores or online shops. However you can find ready-made sarsaparilla supplements in capsules and herbal tinctures.

Tinctures are generally the strongest form of supplement, so the extract is usually mixed with water. Our own sarsaparilla tincture is designed specifically for women who are looking to balance their hormones and reduce the effects of menopause.

Our sarsaparilla tincture is vegan and non-alcoholic, and made from a blend of purified water, lemon juice, pomegranate juice and pure maple syrup for a slightly sweet taste. It can be taken once a day by itself or diluted depending on your preference.

Sarsaparilla tablets vary in terms of the dosage levels, and often contain a variety of other ingredients, so ensure you read the label to measure the dosage.

A teabag of ground sarsaparilla roots can be steeped in hot water between 3-6 minutes. You can add honey, sugar or even maple syrup to sweeten the tea if needed.

The Side Effects of Taking Sarsaparilla

In general, most studies have shown that sarsaparilla supplements are safe to take.

Because Sarsaparilla is a diuretic, consuming too much could cause an upset stomach, diarrhea, or indigestion.

If you are taking any prescription medication, check with your doctor or healthcare specialist before using sarsaparilla. There is currently no research to determine if sarsaparilla is safe for people who are pregnant or breastfeeding.

Despite its reputation of promoting virility and being testosterogenic for the purpose of bodybuilding, all of the research conducted on species of Sarsaparilla shows that it is paradoxically oestrogenic. 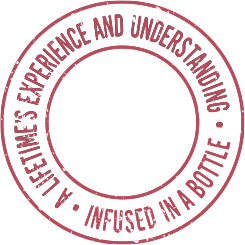 Sarsaparilla is well known for it's oestrogenic action.