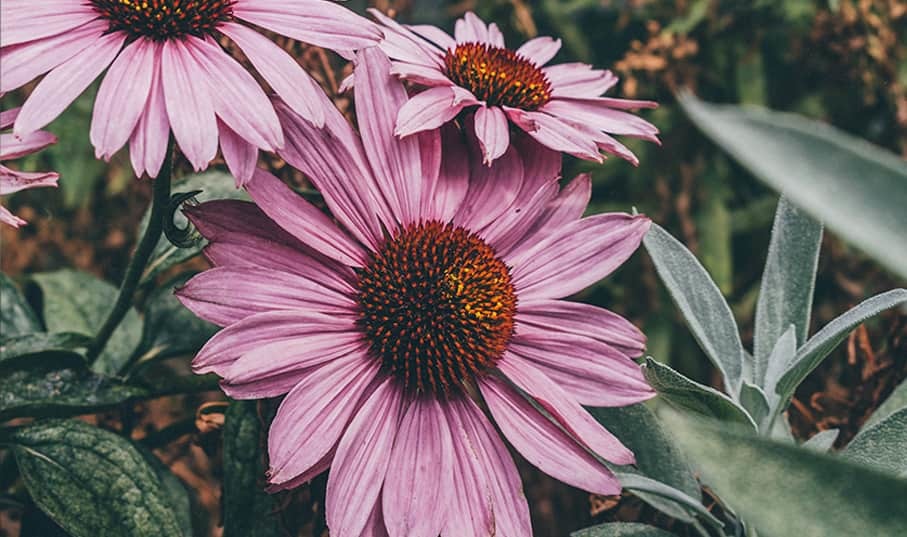 Archaeological evidence indicates that people have used plants as medicine for at least 60,000 years, though it is a safe assumption that the therapeutic use of plants is as old as humanity itself. Indigenous peoples around the globe acquired a wealth of knowledge – a culture or lore of healing plants in their locality, that in some cases may have been passed on for 100’s of generations. Many foods, spices and plant medicines were likely discovered by tasting and experimenting alone, but an underacknowledged part of plant lore comes from close observation of the plants that animals eat at different times, to maintain health or to prevent or treat illness health.

Animals across the world – not just mammals – have been observed selecting specific plants to eat for straightforwardly medicinal purposes. Indian Snakeroot is an old, and now forgotten, name for Echinacea (Echinacea spp.), a name given to this prairie plant by American settlers, who learnt of its medicinal value from native American peoples. Snakes that have either been bitten by other snakes, or accidentally bitten themselves, have been observed twining tightly around Echinacea plants to squeeze out sap and let it drop into the site of the wounds, preventing lasting damage and possible death. Today, Echinacea is known for its antiviral and immune properties, but it may be equally accurate to think of it as an anti-toxin, strengthening the body’s capacity to neutralise toxins and poisons.

Similarly, the traditional Islamic tale of how coffee was discovered, recounts that an Ethiopian goatherd observed his goats becoming frisky after eating coffee berries (Coffea spp.). A trail of coincidences and experiments finally led to production of roasted coffee – the caffeine-based stimulant that we know today.

Traditional plant lore often provides the most accurate knowledge available of a plant’s therapeutic value, especially in the tropics, but it is only half the picture. To make best use of plant medicines, you need to have a clear understanding of how the human body works, and how plants help or hinder it in its functioning. You need a theory of health and disease. This is what separates the world’s major herbal traditions – Chinese, European/Middle Eastern and Indian – from other less elaborated traditional systems. Around 2,500 years ago, each of these major traditions developed their own sophisticated explanations for how disease comes about, how it is best treated, and which plant medicines will work in a given situation.